On today’s article I’m going to tell you my experience cruising on Douro River!

Everything started when I was invited by Captain Hugo Bastos, to visit Oporto and the Douro Azul fleet. (You can see my last post here).

By then I thought that I was just going to visit the ships that were berthed, but then I was invited to cruise on Ms. Spirit of Chartwell.

It was 1300, I was on Gaia quay visiting some ships from Douro Azul, when I was informed that Ms. Spirit of Chartwell was preparing to leave at 1345.

This one was moored in the other border of Douro river, so I had to speed up my visit in order to see the other cruise.

We were received by the Captain Manuel Alves that treated us nicely and led us on a guided visit telling us some curiosities about the cruise.

At the end of the visit he asked us if we wanted to stay on board to cruise until the next destination, and we accepted, obviously.

When the cruise departed, we went to the deck to see the unmooring maneuvers.

After appreciating the beautiful views from Douro River, we went to the bridge.

The bridge of this cruises is made in such a way that one person can reach every control from the ship.

The captain gave me the opportunity of maneuvering the vessel for a while.

The wheel of this vessels is in joystick form and it’s quite sensitive. For that reason the maneuvers have to be done in the most gentle way possible, so the vessel doesn’t roll much, and it doesn’t ruin the passengers voyage.

My favorite part of the voyage was to pass the Crestuma-Lever dam, when we went all the way up with the vessel to equalize the water level difference.

According to the captain, entering the dam is one of the most complex maneuvers, since the water strength that’s being released by the turbines affects the navigation in a significant way.

For that reason, these values must be verified beforehand to keep the vessel in the most comfortable route possible during the voyage.

The voyage ended on the Entre-Rios dock.

A little bit about the history of Spirit of Chartwell:

This was the official vessel used on the celebrations of the jubilee of the 60 years of crown of Her Majesty Queen Isabel II, from UK.

A big part of this vessel furniture was used by the royal family.

This ship has 14 double bedrooms and a royal suite, on a fancy and exclusive environment.

The vessel has a royalty touch, having several details, as you can see on the next photos: 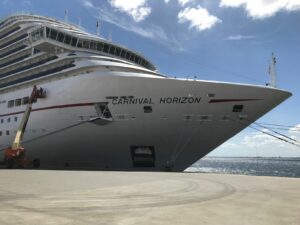 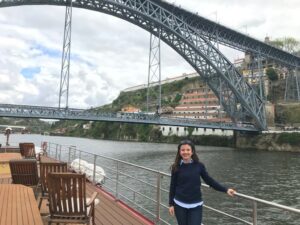 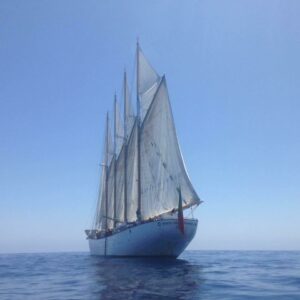 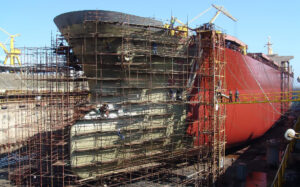 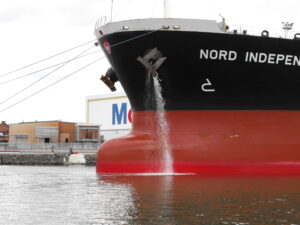 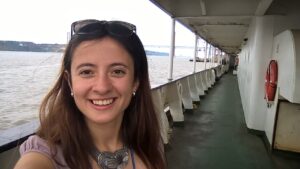