Beginners guide to navigation terms: Difference between Bearing and Azimuth 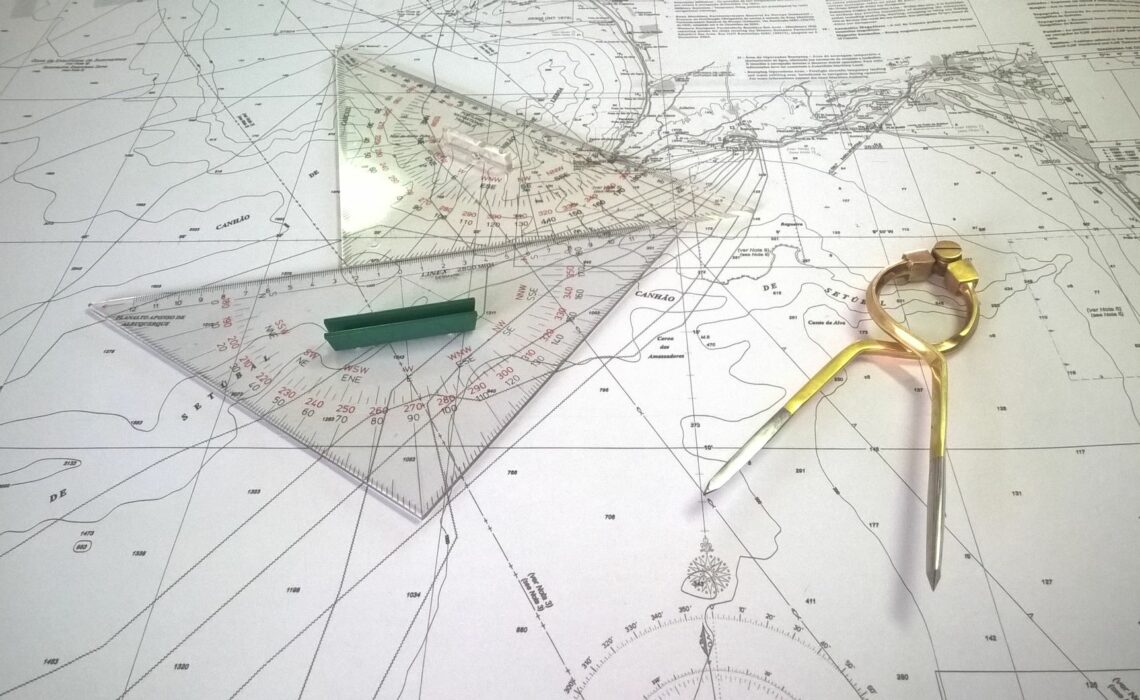 Since the Summer holidays are comming to an end, I decided to start revisiting my notes about navigation, which will be an important part of my internship.

On today’s article, I’ll start explaining some basics for those of you who might not be familiar with some of the term, or maybe just don’t remember anymore.

“Navigation is the science and art of planning and following a route, with safety for the vessel and all passangers/cargo, between two places in the earth’s surface.

It’s a science in the way it takes advantage of many precision equipments, methods, technics, nautical charts and almanacs.

It’s also an art since it requires experience from the navigator who reads and takes advantage of the available data.

In order to navigate you need to:

• Previously make a detailed study of the desired ship’s track using the available nautical publications and charts, both paper and eletronic ones.

• Follow the desired track as precisely as possible, checking the position as you go, in order to keep the ship, cargo, passangers and crew safe.

The three main types of navigation are:

High seas navigation that usually occurs at distances further than 50 nautical miles from the coast.

The ship’s track should be verified at least 3 times per day.

This type of navigation takes place along the shore or with shore in sight, anywhere from 3 up to 50 nautical miles from it.

When using this type, the navigator my choose to use visual cues and points of reference to determine the ship’s position.

In this case, the ship’s track must be verified every erevy 10 to 30 minutes.

Ristrected water navigation is the type of navigation used while on harbours, rivers, and other places where there’s limited manouverability and there must be maximum accuracy.

Ship’s tracking should be verified every 3 minutes.

It’s a method that uses the stars and celestial bodies in order to determine the ship’s position.

In this method the navigator will use visual cues and points of reference on land to determine the ship’s position by: comparing objects marked on the charts to those visible on the shore, horizontal and vertical angles on the sextant and conspicuos points.

The most commonly used type nowadays is the eletronic navigation, in which the navigator determines the position of the ship with the help of eletronic devices (radar and satellite for example).

It’s a not very accurate method in which the navigator estimates the future position of the ship based on the current position, headind and speed during a specific time period between two positions.

It’s the line that liks two points on the surface of the earth.

Course is the horizontal angle between a point of reference and the direction in which the bow of the ship is pointing. It is measured from oooº to 360º clockwise, starting with a reference point:

The course is a part of the ship’s track

Its the direction in which the vessel is pointing on a precise moment of time.
Due to natural causes such as tides and winds, the ship is not always pointing in the same direction. So even when you’re navigating in certain course the ship may deviate its bow to another direction and this is what we call the heading.

I’m not sure if this is a term in English, but in Portuguese we use this term to define a course that is based in points of reference in land instead of using a compass.
This method is used in rivers and channels.

Difference between bearing and azimuth.

Bearing is the horizontal angle between a reference point and the direction of an object. 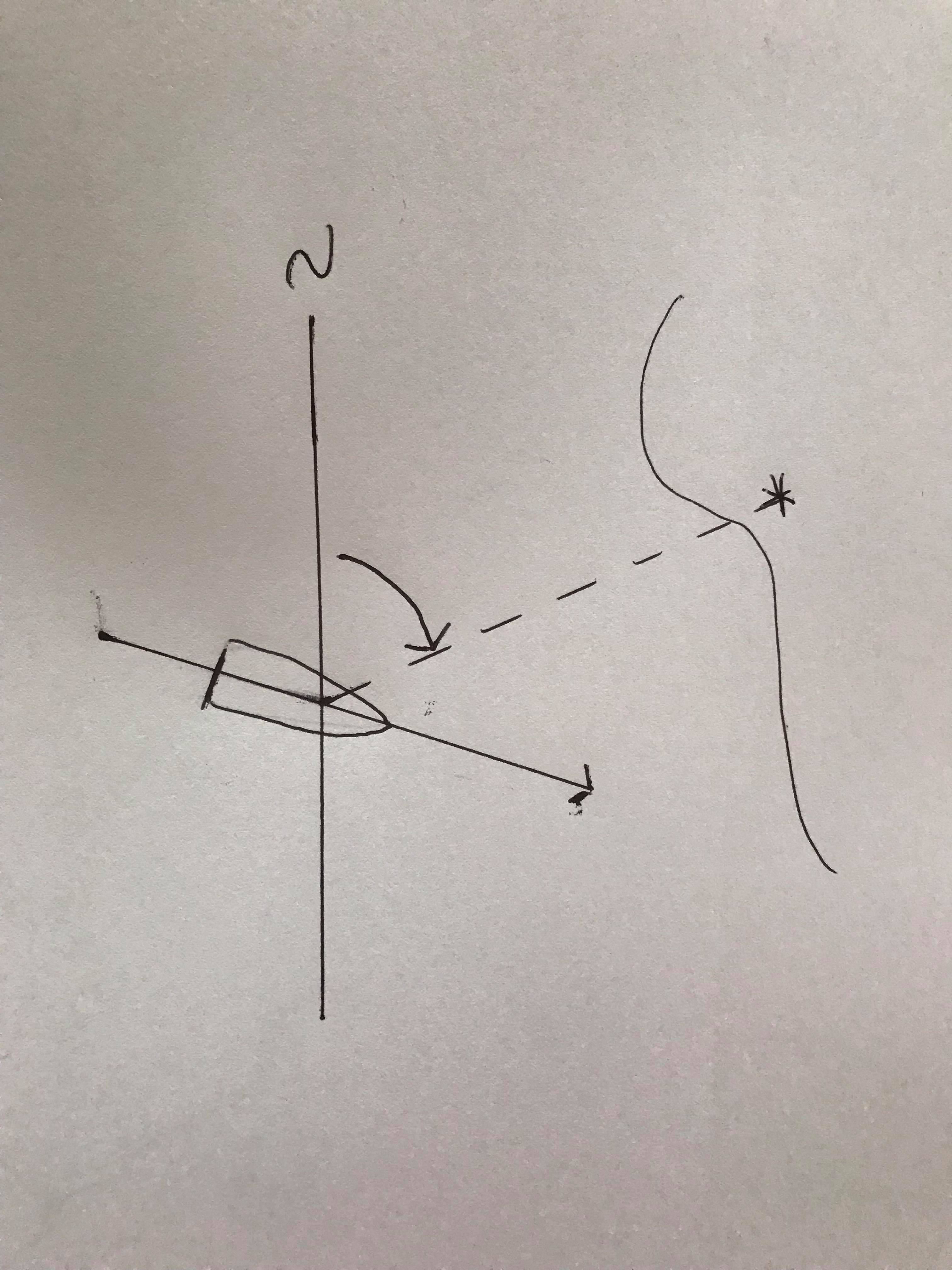 Relative bearing is measured in the horizontal plane in relation to the ships heading from 000º to 180º to either port or starboard. 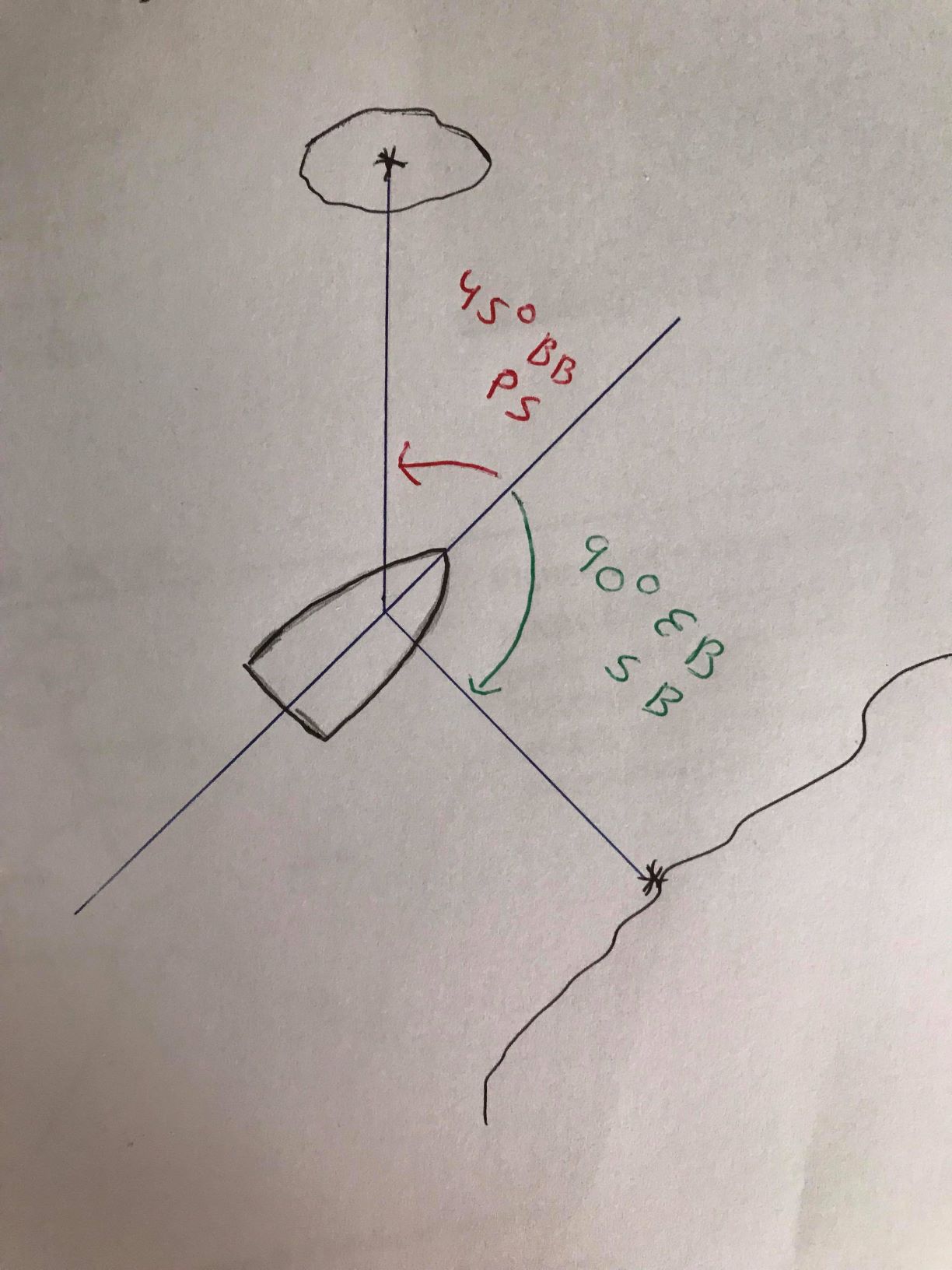 These definitions are according to the Admiralty Manual of Navigation.
Some books state that relative bearings are measured from the ships bow in a clockwise direction from 000º to 360º.