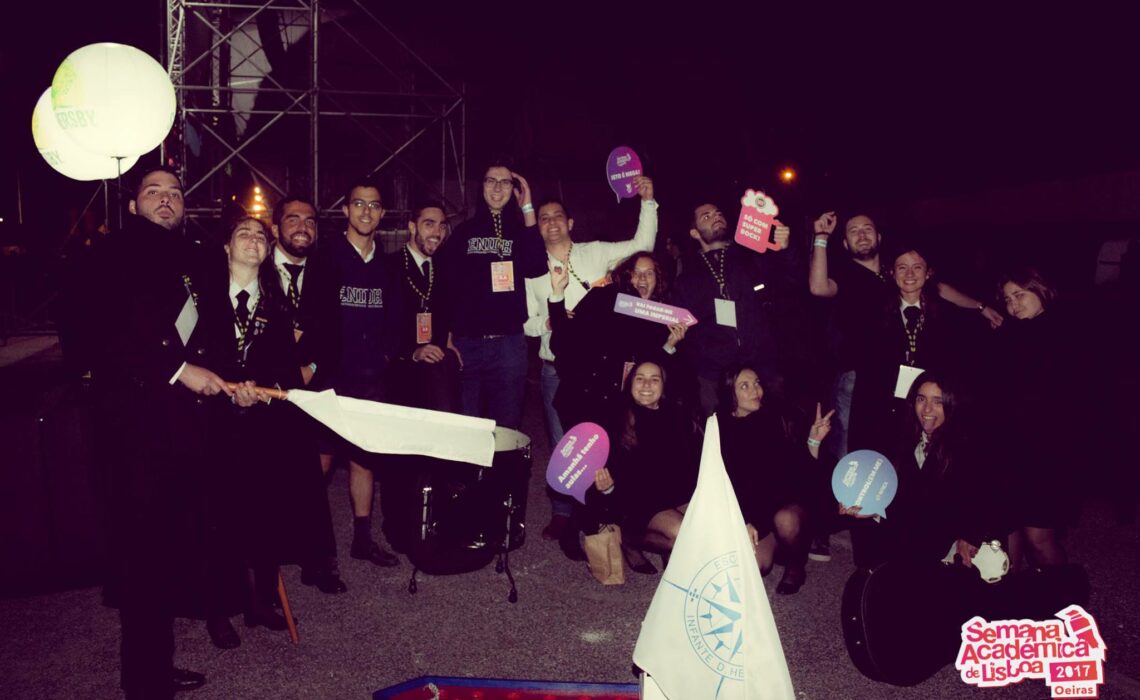 This weak was a busy one! And when you have a lot to do and don’t want to miss anything, your body is paying for it for sure xD

At 2000 (8 o’clock pm) of the 15th, our astronomical navigation class’ teacher told us that the night class was cancelled due to bad weather. I was super excited about the class so I was a little disappointed but not too much since it meant I could go the serenades that happen during the academic week (explanation time: the academic week or semana académica as we call it in Portugal, is an event that lasts a week and its meant to celebrate university students, there are lots of concerts and hang-outs and we all get to be dressed in our cool academic suits, same ones I wear when i’m singing with the Tuna (check that article 😉 http://a href=”http://seagirl.pt/lifestyle-en/nautituna/?lang=en”></a> ), plus then there are ceremonies and celebrations for the students finishing university soon) (explanation time 2: the serenades are an event that starts the academic week where several Tunas serenade the city, Lisbon in my case). The mood in the academic week is amazing because there are thousands of people there from lots of universities, all dressed with the academic clothes, singing and partying, many with different traditions and songs and dances I’m not used to seeing, it’s just mind-blowing!

At the 16th, I had the last rehearsal before our big performance at 1800 (6 o’clock pm), followed by a dinner party with my Tuna. We all took the train together, singing the whole way, to Entrecampos (Alvalade, Portugal) and then the subway to the place where we would have dinner (still singing). The foreigners got really curious and amazed since they are not used to seeing so many people, dressed the same, and singing from time to time, so they asked us lots of questions. ???? After dinner I went back once again to the university city (it’s what we call to a part of Lisbon where a lot of the country’s main universities exist, and where the serenades took place), but this time I went there to see our new Tuna recruits ask and get their Tuna godfather/mother.

At our Tuna we have an hierarchy which depends not only on how long have you been with the Tuna, but also how committed you are. There are some levels which, from lower to higher are: Deneb, Beta and Gama. They all are named after stars used in astronomical navigation. The requests for godparents happen when the students evolve from Deneb 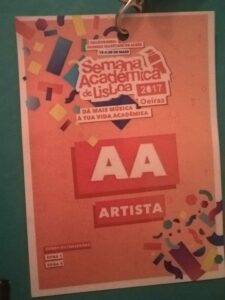 Wednesday, the 17th, was a BIG day for Nautituna, we had the gigantic pleasure of oppening the stage for the concerts of that day in the Academic week event. I was really REALLY nervous since I’d never  put on a show for so many people before.

Since we were the first ones on stage and the sound system wasn’t prepared for a Tuna, we had some parts when the sound wasn’t properly distributed and the microphones were misplaced. That made it very hard for us since we couldn’t hear the guitars very well, so we had to pay double attention to follow the rhythm.

When the sound team realized something was off with the sound, and the songs weren’t being heard as they were supposed, one of the technicians decided to place a microphone right in front of my mouth! I was at the end of the line, next to one already, so it was easier for him to make that change but I must have looked terrified since he felt the need to whisper to me not to step back away from the mic. It was really awkward since from there my voice was really distinctive on the speakers, and in a Tuna it’s supposed to be heard a collective of voices in harmony.

Despite this speed bumps it all went well and the last few songs sounded good, our flags were amazing, they deserve congratulations!  ???? 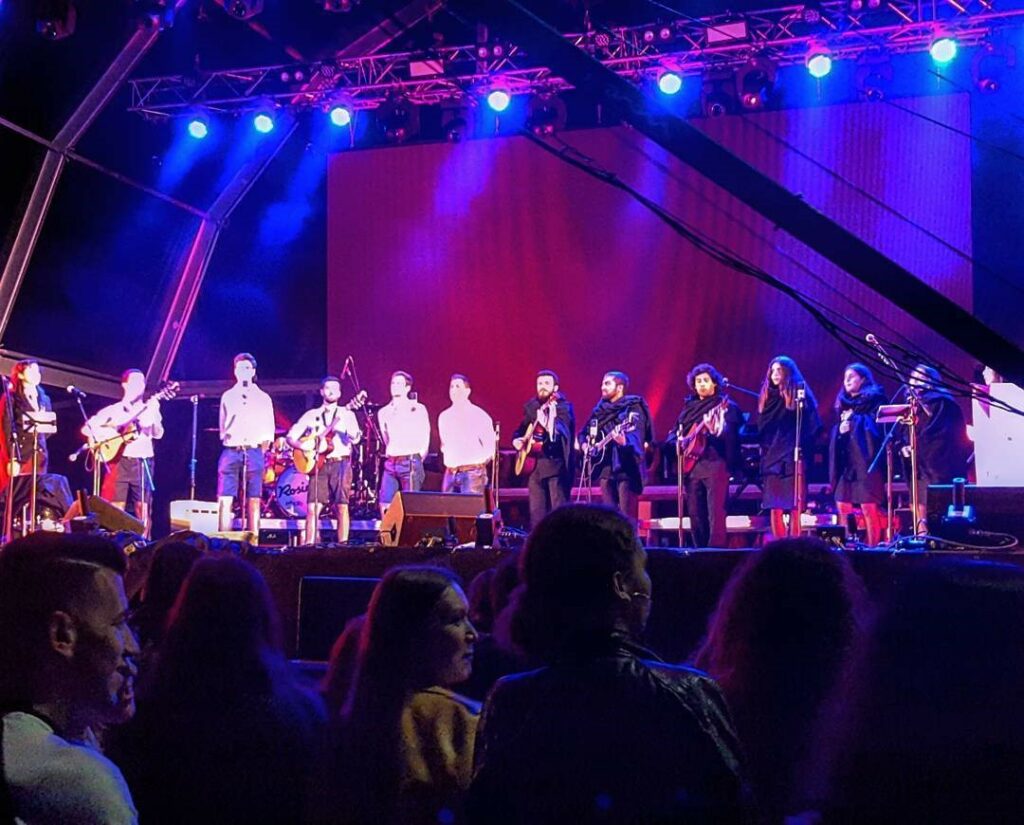