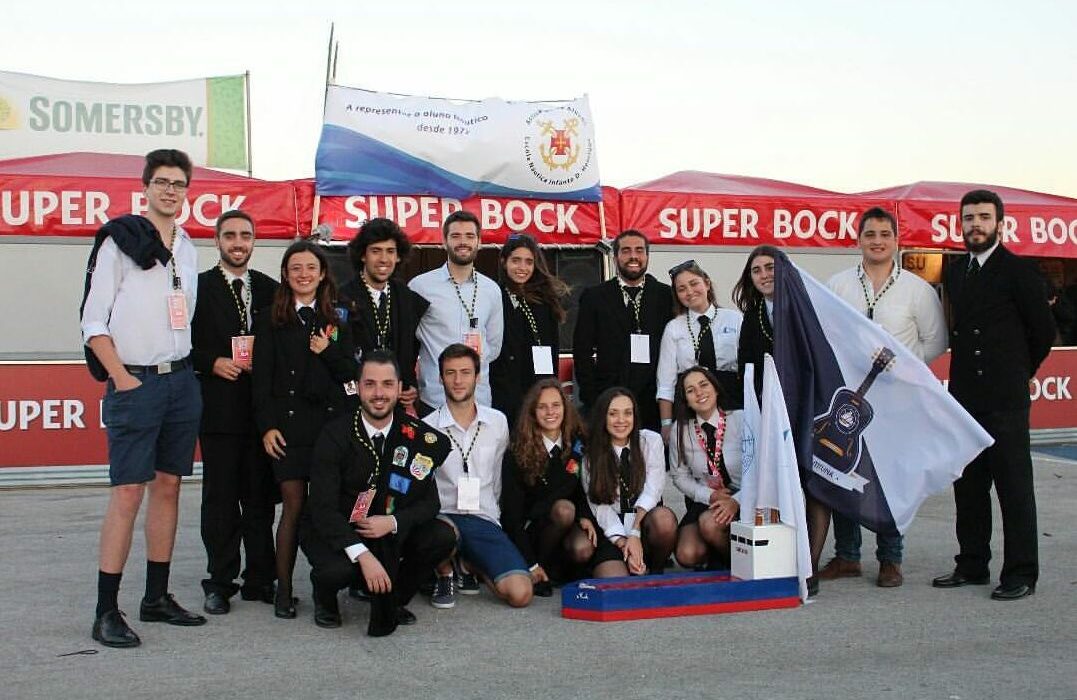 This was my last week on college of my second year at nautical science, it passed so fast. It looks like it was yesterday that I joined ENIDH and in the next Year I’m going to be finalist.????

I made so many things that, if you had asked last year, I would told you that couldn´t be possible. From doing the first Tuna festival of our college ENIDH on the first year of our Tuna, repair a sailboat, doing this blog and still have a good grades.

The Tuna festival, 1º Infante, was particularly challenging, once I was the treasurer of such recent Tuna. It was a little bit difficult to manage all the money involved for the festival. Fortunately everything turned out just fine, even though we had some disagreements and misunderstood inside our management team, with the help of the rest of the group, we overcame our problems and made our Tuna better.

I feel that I have grown a lot, both in maturity, organization and teamwork. Reconciling all my activities was often not easy and required a few hours of sleep.
During this last week, in addition to the usual tests one after the other, we had the last two Tuna performances in this school year.

Friday night we had a sunset party where both my Tuna and Tunística performed.

In the early afternoon we took the opportunity to make a peddypaper with the Deneb and Betas (youngest) of the tuna. In my game (the one i was organizing) they had to find 10 glasses and assemble them into pyramid. 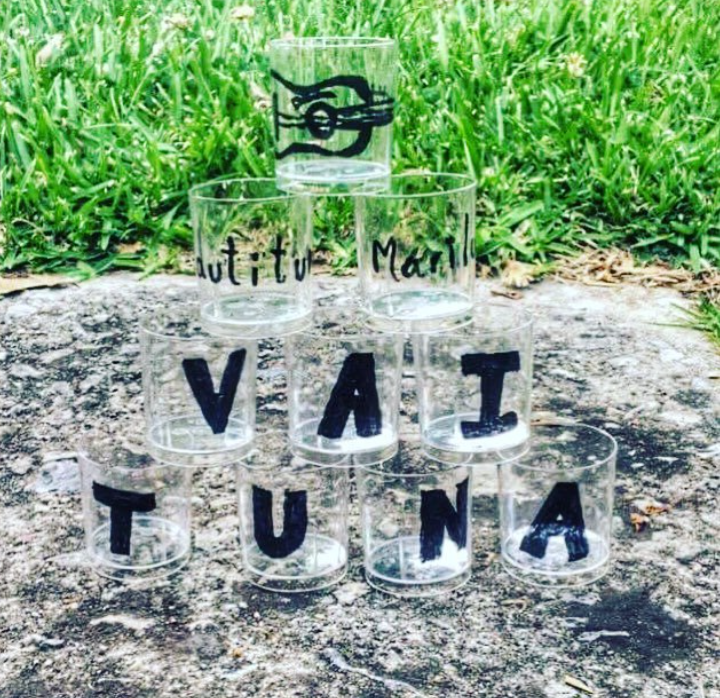 In the end they all received a badge related to the Tuna, except one of them that received two, because in addition to the normal emblem, received the emblem of our Tuna for having climbed to Gama (the highest hierarchy). 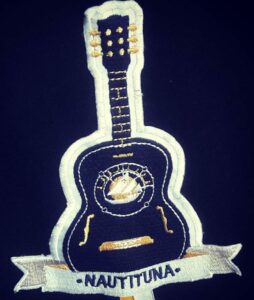 In the first years of life of a Tuna, it should choose another older and more experienced Tuna to ask for sponsorship. The godmother tuna serves to guide the young tuna in the best way, explaining how they should act, rehearse and inprove the Tuna spirit.

We chose Tunística for godmother, because besides being a tuna we admire a lot, they had already played in an important ceremony at school in 2015, when our Tuna hed not been created yet.
Tunística played around 2100 and Nautituna around 2130. After that we officialized the request and we offered a small version of Marilu that was Marilu II and they gave us an acoustic guitar. We both talked and in the end we sang together, which was a bit confusing because we have different ways of singing the same songs … 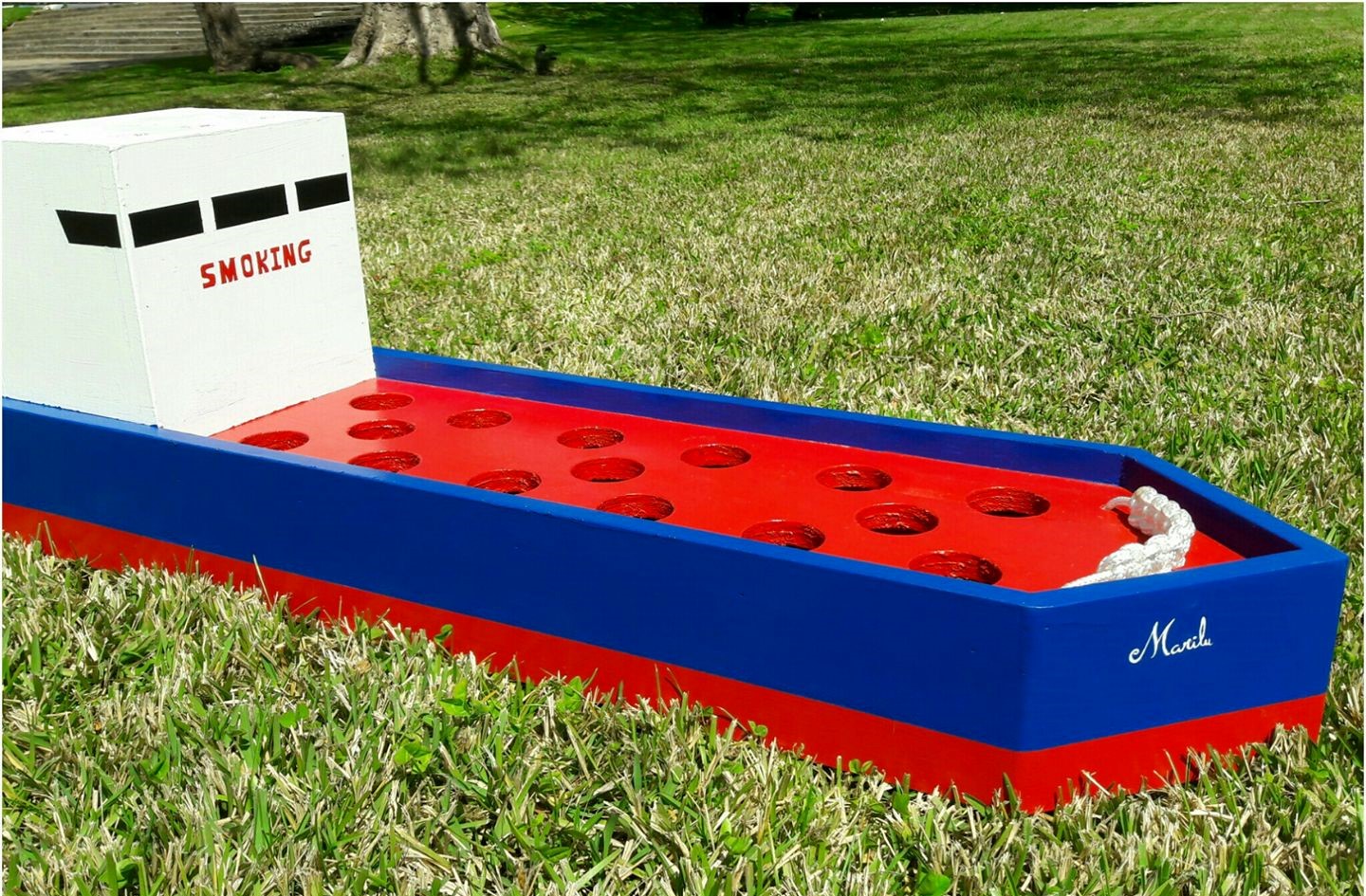 On Saturday we had our last performance, in the festivals of Oeiras, and now we won’t beback together performing until September ????