At 0830 I arrived at Oeiras’ marina, so we could prepare everything in time, because the COMM regatta (merchant navy officers’ club) would begin at 1100.

I participated in this regatta with a colleague and a professor of ENIDH, Captain Mesquita and two other members of the David Melgueiro organization.

As I mentioned in the title, this was my first regatta and I was not an active participant, I was only a supporting member. I never had the opportunity to learn sailing before, so I accepted the invitation to go and took the chance to learn something.

Before the race started, the captain told me I would be the bow lookout, because the Genoa (the sail on the front of the sail ship), would cut the vision to the side (starboard or portside) to which it was directed. I would also be helping this same sail change sides and check if it was not stuck on anything.

I was the photographer as well, as you can see ???? My cellphone almost fell in the water a couple of times, but it was totally worth it! Next thing I’m buying is a GoPro so i can record and photgraph everything without fear haha.

There was a strong north wind, so we had a big angle of list (the ship was on it’s side) and it was super fun, because it really gets the adrenaline pumping. I’m really sorry I didn’t photograph those moments ☹.

The regatta started at 1100 and went as follows: Belém- Alfeite- Belém. At the beggining of the regatta we were the first ones in our class, which was B, but during the race we were supposed to circle a buoy (buoy nr. 3) but our team thought that buoy was further ahead, so we went to a different buoy and lost lots of time.

We ended the regatta in 4th place, but nobody really cared since the important ting was to have fun while participating! ???? 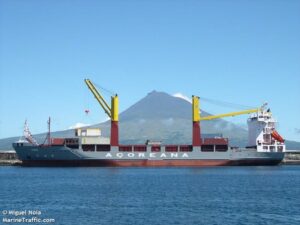 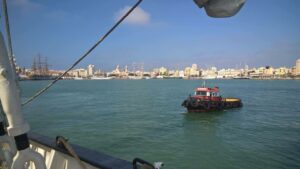 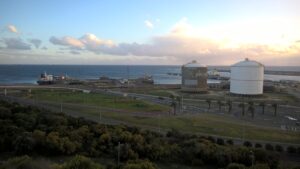 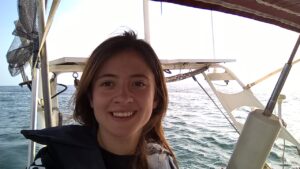 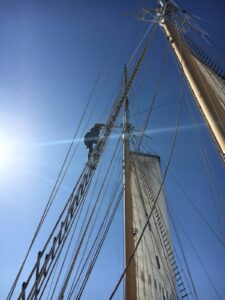 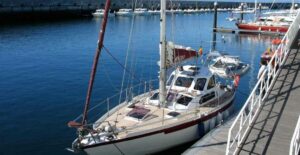