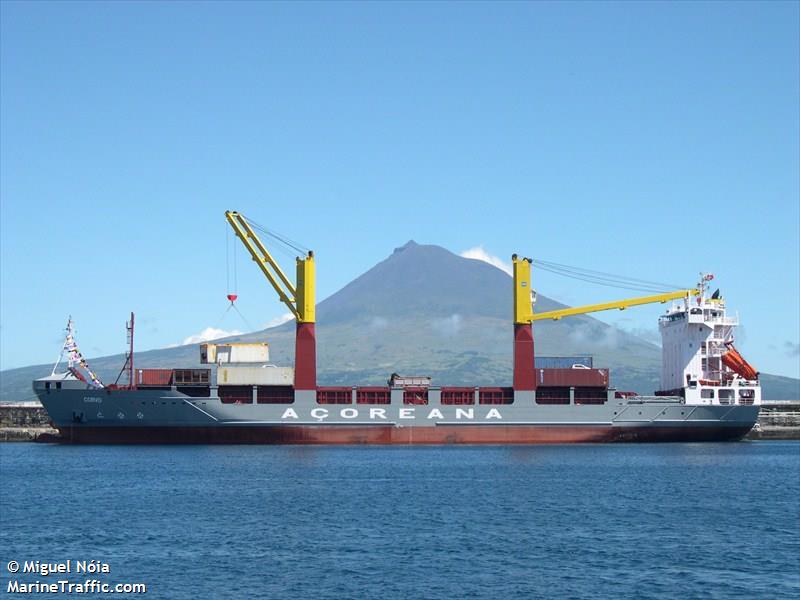 Today’s article is about my first job as deck cadet. I’m going to tell you which ship I boarded and impressions about my experience on board.

I finished my degree in July and after some search I was accepted at Mutualista Açoreana maritime transport, which is a part of Bensaude group.

Mutualista is a company with more than 90 years of experience, that assures the maritime connection between continental Portugal and Azores islands.

Presently the company has two ships: Corvo, where I worked and Furnas.

At first, I was a little nervous because it was going to be my first job as a deck cadet, and despite knowing what the job was about I didn’t know exactly what they would ask me to do.

I think that in the early stage the priority is to get used to the ship itself, since that our schedules, habits and even meals change.

After getting accustomed to the ship it was time to start learning my functions on board.

This job is different because is not like we have a manual explaining what we should or not do. The experience of being a deck cadet changes depending on each person, the ship and the crew.

On this vessel there were two deck cadets, and we did different navigation watches.

During the navigation watches our function is to make the ship arrive to the next port on the safest and fastest way possible.

Besides the navigation watches, I also did the temperature control of reefer containers with the chief mate. We also checked to see if everything was fine with them.

When I was at the port, I worked from 1500 to 1900. During this time, I had to control the loading and unloading operations, observe ballast and de-ballasting operations, and some working orders that had to be done.

I also helped during the ships maneuver, controlling the winches or helping the able seaman with the ropes.

I spent one and half months on board and now I’m on vacation.